GreenStream has signed an Energy Management Contract (EMC) with Henglian Shandong Guanghua Paper Group Co., Ltd, a paper manufacturer in Shandong province in China. The EMC contract is first of its kind for utilizing state of the art Finnish technology in China and the technology provider is Runtech Systems Ltd. The signing ceremony was hosted by Finland’s Consul General in Shanghai, Ms. Marja Aspelund, and attended by Finland’s Minister for European Affairs and Foreign Trade, Mr Alexander Stubb.

The EMC model enables mill owner to implement energy efficiency project without own initial investments. The scheme is similar to European Energy Service Company (ESCO) scheme. The EMC scheme is strongly supported by the Chinese Government with tax reductions and initiatives to enhance loaning by Chinese banks. The active governmental intervention has created a rapidly developing business with investments of RMB 56 billion (EUR 7 billion) in 2012. Since 2006, the beginning of the previous 5-year-plan, the annual average growth rate for investment has been more than 70%.

GreenStream is thus far the only technology independent EMC company actively promoting best available foreign technology solutions with EMC scheme in China. “This gives us a unique opportunity to operate with wide spectrum of industries and technologies. Currently, over 70% of the volume of saved energy for Chinese EMC scheme is achieved in industry. Simultaneously, industry is lagging behind its savings targets set at the 12th 5YP”, says Jussi Nykänen, the CEO of GreenStream. The Chinese emissions reduction targets put further pressure to Chinese industry. “The synergy between our emission reduction and energy efficiency activities is big and the broad expertise we have brings real value to our clients”, Nykänen adds.

GreenStream’s activities in China are coordinated through a joint venture with the Juno Capital Group. The partnership combines local experience and relationships with GreenStream’s world-leading expertise, and leverages a strong network of key industrial, financial, and regulatory stakeholders in China. The success of GreenStream China’s track record can be judged by the fact that it is currently involved in about 70 Chinese emission reduction projects representing an underlying investment of approximately €5-6 billion. 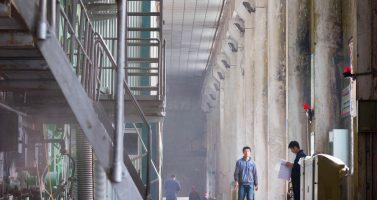 In December 2013, GreenStream provided vacuum system to Henglian Guanghua Paper Mill as a turnkey delivery. The project saves annually 35 % of energy and 100 % of water. 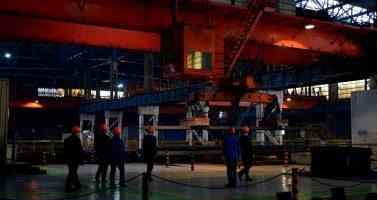