GreenStream signed yet again an EMC investment agreement in China

GreenStream has signed another Investment Agreement in China, this time with Zhuhai S.E.Z Hongta Renheng Paper Co. Ltd., a subsidiary of the Chinese state-owned Paper giant CCT (China Paper Corporation). The Guangdong based company is a large enterprise group under the supervision of the State-owned Assets Supervision and Administration Commission (SASAC) of the State Council. The agreement enables Zhuhai Hongta to save several GWh’s of energy and hundreds of thousand cubic meters of water annually. The technology provider is Runtech Systems Ltd. This Energy Management Contracting (EMC) Investment Agreement with Runtech’s technology is the second of its kind for GreenStream in China in 2013, and part of an accelerated roll-out of its energy efficiency services in China. The signing ceremony in Beijing was attended by Finland’s Prime Minister Mr. Jyrki Katainen and Minister of the Environment, Mr. Ville Niinistö.

The EMC model enables Zhuhai Hongta to implement an energy efficiency project without own initial investment and the value of the energy savings created by the project are shared between GreenStream and Zhuhai Hongta for a defined period. “Our EMC business is growing rapidly. This proves that our business model works and is in demand in China. There is a clear need for robust world-class technology solutions combined with financing”, says Aleksi Lumijärvi, the Executive Vice president of GreenStream. “Our project pipeline has grown fast during the summer and since our deal flow is strong at the moment, we believe that we will be closing more transactions before the end of this year”, he adds.

The EMC scheme is strongly supported by the Chinese Government as a primary tool in its transition to a low-carbon economy. The scale of the EMC opportunity together with the incentives provided at the national and provincial level has lead to a rapidly expanding energy efficiency sector in China, with growth of over 70% for each of the last 5 years and RMB 56 billion (EUR 7 billion) of energy efficiency investments in 2012.

GreenStream is currently the only technology independent EMC company utilizing the EMC model to promote the best available foreign technology solutions to industrial installations in China. According to the Investment Agreement signed with Zhuhai Hongta, GreenStream will deliver up to four turbo blowers to their paper mills, in which each pump will reduce approximately 50% electricity and 100% water consumption compared to the traditional water-ring pumps in paper machine’s vacuum system. Vacuum system is the most energy intensive part of a paper machine, and therefore these energy efficiency improvements are significant for the whole mill. The world’s most advanced turbo blowers are designed and manufactured by GreenStream’s technology partner Runtech Systems Ltd in Finland. Lumijärvi notes: “One of the main challenges in energy efficiency investments is the small scale of deals. This deal demonstrates that we can achieve very attractive deal sizes with Runtech’s solution.” 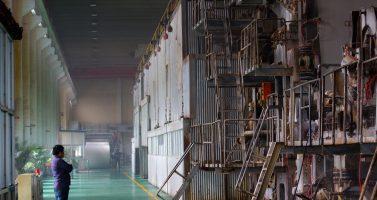 The project in Hongta paper mill saved annually 51 % of energy and 100 % of water.