The historic Paris conference left the world with a contradiction. On the one hand, the Paris Agreement promises to limit climate change to well below two degrees. On the other, current national emission targets lead to a warming close to twice as high. (Source)

We clearly need to do more. How to catalyse deeper emission reductions in the coming years is the topic of a recent report (available in Finnish), commissioned by the Finnish Ministry of the Environment.

The report identifies eight ways to increase climate ambition before 2020. They can be grouped into three broader categories: 1) new commitments, 2) updates to existing commitments and 3) and international initiatives.

First, national pre-2020 commitments cover about 4/5 of global emissions, but some key countries are still missing. If countries like Iran, Saudi Arabia and Malaysia were to adopt emission targets, it could significantly enhance global climate ambition.

Second, countries already with emission targets might update their pledges to cover a larger share of emissions or a wider range of measures. Others could carry out the conditional, more ambitious end of their pledges – especially given funding or technological support. And yet some countries could simply raise or overachieve their current targets.

Third, countries can deepen co-operation to cut emissions outside of current commitments in areas like international aviation and shipping. Various international co-operative initiatives (ICIs) accelerate climate action in fields ranging from agricultural land sinks to energy-efficient lighting, making it easier for countries to move further. Finally, countries and stakeholders can work together to scale up existing low-carbon solutions already proven to work.

The eight options to accelerate pre-2020 climate ambition provide a diverse menu to choose from. Countries with varying responsibilities and capabilities should be able to find an option to suit their preferences.

The report also looks at various fora under and close to the UN Climate Convention to encourage countries to take further action. These are considered in the second part of the blog.

Tynkkynen was in charge of writing the report on behalf of Tyrsky Consulting. He has attended 16 UN climate conferences and has worked as Senior Advisor to the Finnish Innovation Fund Sitra, Climate Policy Specialist at the Prime Minister’s Office and Member of Parliament.

GreenStream is leading a consortium, consisting of VTT, Tyrsky Consulting, Indufor Oy and CC Law, which is supporting the Finnish government in the implementation of the Paris Agreement. 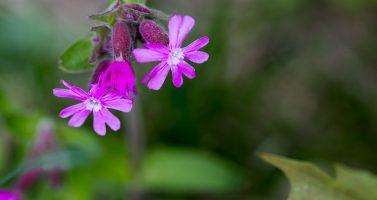 GreenStream provided support and analytical services for the Finnish Government regarding the Paris Agreement.