The latest round of UN climate change negotiations was dedicated to action, and all participants were to return from Marrakech with a to-do list for implementing the Paris Agreement. Despite the inevitable shadow cast by the US election outcome, the general mood in Marrakech was that of determination to accelerate climate action. An overarching message, echoed in the corridors, side events, negotiation rooms and high-level proclamations alike, was that climate action was irreversible and the transition to clean energy inevitable. GreenStream contributed to this momentum by facilitating expert dialogues on promoting Africa’s transition to a clean energy future.

This year, we have already witnessed significant progress in the global efforts to combat climate change, with agreements on the first global sectoral emissions trading scheme by international aviation and the phase-down of hydrofluorocarbons, and the unexpectedly prompt entry into force of the Paris Agreement, which was agreed only last December and enables national climate pledges by virtually every country in the world.

Meanwhile, in the negotiation rooms, process dominated over substance. Parties agreed to start working on the guidance for the implementation of the Paris Agreement, covering elements such as transparency, accounting, internationally transferred mitigation outcomes and an UN-governed mitigation mechanism. Negotiators gave themselves the ambitious target of finalising the “Paris Rulebook” by the end of 2018 (COP24).

Marrakech-goers radiated confidence in having all the pieces needed for solving the climate puzzle within reach. The required mitigation potential exists and could be untapped by scaling up existing and emerging technologies and redirecting existing financial and other resources through smart policies and international cooperation that put a price on carbon, strengthen capacity and transparency and remove barriers to action.

The burning question is not whether action will take place but whether we manage to act at the pace and scale required to achieve the ambitious goals of the Paris Agreement. It is clear that the current level of action or even our anticipated future commitments are insufficient. In Marrakech, countries were united in their call for immediate further climate action and cooperation in the Marrakech Action Proclamation for Our Climate and Sustainable Development. A manifest of the importance of both short- and long-term perspectives, two initiatives were launched: the Marrakech Partnership for Global Climate Action in support of climate action from 2017 to 2020 and the Pathway to 2050 as a platform to promote long-term strategies.

Africa’s urgent needs and huge potential for a clean energy transition were central themes in Marrakech. In a series of side events, GreenStream brought together leading experts to discuss the challenges and opportunities of promoting clean energy in Africa. Experts identified a range of barriers (investment frameworks, project development capacity and perceptions of risk) and noted that once breached sufficient financing exists to unlock Africa’s huge renewable energy potential. They cautioned against spending public dollars as “band-aids” in poor investment environments, instead encouraging smart and targeted leveraging of public funding to enable private sector engagement in renewable energy markets. Panelists noted that, due to their size, small- and medium-scale projects in particular struggle to overcome barriers to accessing financing and expertise, especially for early development stages. This is a major concern since such projects are well-suited to cater for Africa’s rural energy needs. These messages confirmed the relevance of the Renewable Energy Performance Platform (REPP) that supports small- and medium-scale renewable energy project development in Sub-Saharan Africa under the management of GreenStream and Camco Clean Energy.

In the context of larger-scale renewable energy, extensive support was unveiled for activities under the African-led African Renewable Energy Initiative which aims to ensure universal access to energy through the delivery of 300GW of new renewable energy generation capacity by 2030.

Nordic knowhow enjoyed high visibility in Marrakech, with Nordic pavilions in both the negotiator and business innovation zones showcasing Nordic climate solutions through a broad selection of inspiring side events.

GreenStream hosted a side event exploring the role of Nordic technology in powering the transition to a low-carbon economy in Africa. Experts confirmed the huge need and potential for clean energy in Africa and highlighted the availability of international technology match-making support and relevant Nordic technology and knowhow, as well as initiatives such as the REPP that help renewable energy project developers to navigate this landscape of promises and complexities.

In another Nordic event, GreenStream’s Hanna-Mari Ahonen presented key results of the pioneering Nordic Partnership Initiative on supporting readiness in the cement and waste sectors of Vietnam and Peru, respectively, in the context of nationally appropriate mitigation actions (NAMAs) (see report, video and presentation).

Business COP: “Carbon markets ought to be a priority”

The critical role of the private sector in implementing the Paris Agreement featured prominently, as did carbon markets and carbon pricing as a key tool for mobilising the private sector. In the words of US State Secretary John Kerry: “One of the strongest signals that government can send, one of the most powerful ways to reduce emissions at the lowest possible course – cost – is to move toward carbon pricing that puts basic, free-market economics to work in addressing this challenge.” He adds: “While it may be some time before we see this ideal outcome, the effort to improve carbon markets ought to be a priority going forward.”

The strong interest in business perspectives was manifested by the large crowds drawn to the International Emissions Trading Association’s (IETA) side events that focused on the role of the private sector in implementing climate action, featuring a broad range of market-based initiatives ongoing and emerging around the world outside and within the UN process.

At the IETA AGM, Karl Upston-Hooper (as a Council Member of the IETA Board) led a round-table discussion on the strategic direction of IETA in this bottom-up, multi-polar, post-Paris world of climate policy. The assembled corporate decision-makers noted that in addition to the traditional focus of emissions trading IETA would also seek to ensure the development of the Paris Rulebook in relation to Article 6 enable the business community to play an active role in mitigation ambition and adaptation financing. 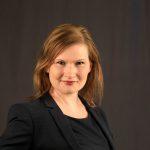