On the 25th of September 2015 President Xi Jinping, standing in the Rose Garden of the White House, announced that China would launch its long anticipated national emission trading scheme (“ETS”) in 2017.  This adoption of a carbon pricing policy by the world’s largest emitter of GHG emissions (and 2nd largest economy) built crucial momentum in the lead up to the UNFCCC negotiations in Paris that year.  Undoubtedly the Chinese announcement contributed to the success of COP22, enabling the creation of the bottom-up Paris Agreement, but perhaps more crucially, the traditional political rejoinder against climate action on both sides of the Atlantic that “China’s not doing anything” was no longer true. This is reinforced by the ambition contained in China’s Nationally Determined Contribution (“NDC”) submitted under the auspices of the Paris Agreement, which includes: a commitment to peak CO2 emissions by 2030 at the latest, lowering the carbon intensity of GDP by 60%–65% below 2005 levels by 2030, increasing the share of non-fossil energy carriers of the total primary energy supply to around 20% by that time, and increasing its forest stock volume by 4.5 billion cubic metres, compared to 2005 levels. In fact, China is now showing the sort of climate leadership that many stakeholders had sought since its initial involvement with the Clean Development Mechanism.  It should be noted that the motivation for these policy steps is not altruistic, in addition to being vulnerable to the impacts of climate change, China has severe environmental problems that threaten its economic and social stability. Nevertheless, building on China’s seven pilot emissions trading schemes which have been in place since 2013, the promise of the world’s largest carbon market has re-energized emissions trading as a policy tool – no longer is it merely the purview of an OECD insiders club, as now Zhōngguó itself is seeking to internalize the greatest environmental externality of our times into its economy.

However, if we fast forward 18 months from the historic announcement, with the euphoria of Paris fading under the long shadows of Brexit and Donald J Trump, the homily “the devil is in the detail” is apt shorthand to describe the state of play of emissions trading in China.   Although the National Development and Reform Commission has submitted a draft ETS regulation to the State Council the major components of the national ETS remain opaque:

Scope: The primary step in establishing an emissions trading schemes is the definition of its scope.  In China, this has proved a moving feast as the anticipated eight industrial sectors to be included in the ETS has allegedly become six, then four and now perhaps three (power, cement & aluminum). The scale and heterogeneity of abatement cost curves are essential to the liquidity and effectiveness of emissions trading markets, but even with the delay in relation to certain sectors being included, the Chinese ETS will be over twice as large as the EU ETS with an anticipated 5 billion allowances (each being equivalent to one tonne of CO2e) to be allocated annually.

Cap: The Chinese Nationally Determined Contribution submitted under the Paris Agreement sets a target of 60-65% reduction in carbon intensity by 2030 and accordingly cap setting under its ETS is unlikely to reflect the absolute cap (with declining linear factor) model of the EU ETS.  Regardless of the eventual methodology the key issue is that of scarcity, as without scarcity and its economic consequence, value, the most likely outcome in the near term is not an emissions trading scheme but merely an emissions monitoring scheme.

Allocation: Once the national cap is established individual allowances, all 5 billion or so, must be allocated to the entities subject to the ETS.  It is worthwhile to note that, in contrast to the EU (where allocation is determined per installation) and partly due to the paucity of reliable data, allocation in China is likely to be per covered entity.  Most economists would argue that this aggregated allocation is sub-optimal as it disguises the MACCs of individual operating units but the perfect is often the enemy of the good.  In addition, initial allocations will be benchmarked (as opposed to grandfathered in both the EU and California ETSs) with an anticipated gradual transition to auctioning. On 9 May 2017, as part of the Sichuan DRC training conducted by the NDRC, information on the benchmarking methodologies was disclosed.

Offsets: This is an ETS design step that Chinese entities and regulators are very familiar with given the decade of experience with the CDM.  The pilot emission schemes have permitted the use of offsets and the NDRC has accordingly created the Chinese Certified Emission Reduction (“CCER”), based heavily on the existing CDM architecture.  In March 2017, the NDRC suspended the registration of new CCER projects and issuance CCERs while reviewing the regulatory framework for offsets in China.  It is possible that this suspension will remain in force during the initial phase of the Chinese national ETS.  Hopefully, the logic of being able to access low cost abatement opportunities outside covered sectors should drive the re-establishment of this important cost containment measure.

Temporal Flexibility: Appropriate compliance periods (the EU ETS has moved from 3 year to 5 year to 8 year and is proposing 10 year periods) and the ability to bank allowances will be crucial to the Chinese ETS delivering on the goal of achieving environmental outcomes at least societal cost.  Problematically, the pilot trading schemes have not utilized the other key tools for temporal flexibility: financial products (forwards and futures) that enable the development of forward price curves for carbon.  At this point the restrictions of the Chinese financial system directly conflict with the economic theory of emissions trading as without forward cost curves and the ability to pass through economic costs, an ETS will not result in behavioral change, i.e. low carbon investment decisions.  There is also an opportunity, if permitted, for non-Chinese and/or non-compliance entities to use their experience, balance sheets and human capital to strengthen the “eco-system” of emissions trading in China.

Monitoring, Compliance and Verification: At the heart of any emission trading scheme is MRV, which is necessary not only to ensure environmental integrity but also to enable informed policy decisions.  Akin to the concept of justice, MRV must not only be done (independently and robustly) but also be seen to be done if market participants are to create the liquidity necessary to unlock the cost-effectiveness of emissions trading.  Historically the quality of MRV, especially around environmental issues, has been low in China and this will impact market confidence and linking possibilities.

Oversight and Compliance: A further design challenge of the Chinese ETS is the Herculean task of monitoring compliance across tens of thousands of entities.  At this stage, it is assumed that certain rules and functions will be regulated nationally but that much of the day-to-day regulatory workload will be delegated to the regional authorities.  The danger in this, perhaps necessary, approach is that the principles of harmonization and transparency maybe lost in the bureaucratic hierarchy.

Stakeholder Involvement: And last but not least, top-down ETS regulation is illusory without bottom-up understanding of how emissions trading works by the compliance entities subject to this innovative policy tool. In this regard, the NDRC, with assistance from initiatives such as the World Bank’s Partnership for Market Readiness and the International Emissions Trading Association, are attempting to prepare Chinese industry for the creation of a carbon price in the economy.  Within the EU ETS there was a “learning by doing” trial phase (2005-2008) and a similar launch could be beneficial in China.

As can be seen from the above, even with strong political support, a decade of CDM experience and the learnings of the seven pilot schemes there is a substantial to-do-list in China if the national ETS is to launch in 2017. However, the authors remain confident that not only will the creation of a national ETS in China assist in the crucial goal of the world’s largest emitter reaching peak emissions by 2030, but that in retrospect this year of the Fire Rooster will be a point of inflection in the development of a truly global carbon market. 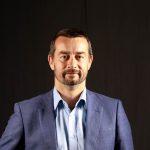