GreenStream’s Anna Laine participated in Bonn Climate Change Conference in May 2016 as part of Finland’s delegation. GreenStream, together with a consortium consisting of VTT, Tyrsky Konsultointi, Indufor Oy and CC Law, is supporting the Finnish government in the implementation of the Paris Agreement.

The Bonn conference was the first session after the adoption of the Paris Agreement in December 2015 and the successful signing ceremony in New York in April 2016. The Bonn conference consisted of the first meeting of the Ad Hoc Working Group on the Paris Agreement (APA) and the 44th session of the subsidiary bodies of the United Nations Framework Convention on Climate Change (UNFCCC), SBSTA and SBI. The meetings focused in creating the “rulebook” on how to implement the Paris Agreement. In addition to the official programme, there were dozens of interesting side events by research institutions, governments and non-governmental organisations.

After a relatively slow start on the first week, because of disagreement over the agenda, the APA session picked up speed the second week of the conference. There was a good exchange of views between countries on for example the guidance for future Nationally Determined Contributions (NDCs), the global stocktake and how the enhanced common transparency framework of the Paris Agreement should be formed. Despite the success in Paris, differences in views still remain for example regarding the amount of flexibility given for developing countries in implementing the Paris Agreement. Also the possible early entry into force of the Agreement in 2016 or 2017 was a hot topic in the discussions. At the upcoming COP22 in Marrakech, countries are likely to identify ways to integrate their work on the rulebook with a possible early entry into force of the Paris Agreement.

Regarding the emissions trading –related Article 6 of the Paris Agreement, which covers cooperative approaches in the form of “Internationally Transferable Mitigation Outcomes” (ITMOs), the new market mechanism established in the Paris Agreement and non-market co-operative approaches, the progress in Bonn was relatively slow. There was some good exchange of views, but the main result was that submissions on the guidance for each of the three items were asked from parties by 30 September. The parties did not agree on the need to have a technical workshop this year.

However, all in all participants of the Bonn conference described the upcoming Marrakesh COP22 in November 2016 as the “Action COP”, where concrete action and substantial progress on the rulebook on the implementation of the Paris Agreement is expected.  The incoming President of COP22, Minister Salaheddine Mezouar, said: “We count on the support of all the parties to COP22 to translate our solidarity and hope into action for our future generations and the planet.”

More information on the Bonn conference, including documents and on-demand webcasts of selected sessions.

See daily coverage of the meeting by Earth Negotiations Bulletin. 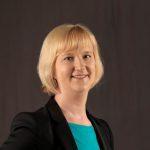